More than 150 years ago, our founder went fishing for snapper and formed plans for a business that would ultimately grow into New Zealand’s biggest seafood company. This is how it all began…

Albert Sanford arrived in the country on New Year’s Day 1864 and within a year was fishing for snapper in the Hauraki Gulf. His first boat was the ex-pilot cutter, Foam, and his kauri-smoked snapper quickly became very popular.

In 1870 Sanford moved his wife and young family to Pakatoa Island, believing he would be closer to the snapper fishing grounds. He built a fish curing plant there, planning to bring cured fish to Auckland on the Foam. However, the snapper in the Firth of Thames were of poor quality, so he and the family moved on to Rakino Island. Here he found plentiful supplies of snapper close by and he was soon smoking them for sale in Auckland – mooring his cutter to the steps of the old Queen Street wharf, and selling directly from it.

The demand for Rakino Island smoked snapper continued to grow steadily and in 1881 Albert Sanford obtained a building in Federal Street to market his fish from.

In 1894 Sanford established a fish market on the corner of Albert Street and Customs Street. By this time he was already buying fish from other fishermen. In the 1890s Sanford began to expand outside Auckland, buying a factory complete with an ice plant in Thames, which was then one of the major towns in the region. The Thames branch became a very active part of the business and was managed by one of his sons, George.

In 1900 Albert Sanford bought the schooner, Minnie Casey, which was the first trawler to work out of Auckland catching fish in the Hauraki Gulf. The vessel was a success and soon snapper caught from the boat were being sold from Sanford’s market a growing string of retail shops.

In 1904 Albert Sanford decided to turn his fishing interests into a limited liability company, (making it one of the oldest in New Zealand still trading under its own name today). He became the first managing director and also chairman of the board. Other members of the family received parcels of shares, securing a valuable asset for them in the future.

In 1907 Sanford Limited expanded to Tauranga, purchasing a property there and turning it into a fish curing plant. Meanwhile Sanford Limited continued to dominate the Auckland fish market. The firm owned more than 20 fish shops in Auckland and had a fleet of Ford cars cut down into small trucks, supplying fish to its shops or selling direct to the public. It also owned two restaurants in Queen Street serving 2,000 fish meals weekly.

Sanford continued to add to its fleet of boats, the new trawlers producing larger catches, which the old Sanford House on the corner of Albert Street and Customs Street West could not cope with. At the 1923 Annual General Meeting, it was decided to move and in 1924 work started at the Jellicoe Street site. When finished it was regarded as the most up-to-date in the Southern Hemisphere.

The depression of the 1930s made things difficult for the company. Demand was down as many people were out of work and it was impossible to retain the large number of retail outlets in Auckland. In 1929 the company had operated 15 shops; by 1939 this had been reduced to four shops and two restaurants.

When World War II broke out the government commandeered the company’s trawlers and later some of the seine boats which made it hard for the company to fulfil government contracts to supply the armed forces. Often there was no fish for the local trade and on occasion shops were closed.

Heavy regulation of the industry continued after the war. All fishing vessels were licensed and one of the few ways Sanford could expand was to buy other fishing companies to acquire their licences. In 1955 it amalgamated with Auckland Fisheries Ltd (five vessels). In 1956 it purchased Union Fish and Ice Co Ltd, Tauranga (three vessels) and, in 1960, added Waitemata Fisheries Ltd (six vessels). The companies continued to operate independently and these acquisitions were financed by issuing shares in Sanford Limited.

Exports, particularly to Australia, became an important way to absorb surplus fish. In the 1950s and 1960s the Australian market continued to grow. The company, which had previously marketed just to wholesalers, developed a fleet of vans so it could deliver to smaller retailers and caterers in Sydney and the surrounding area. There was similar expansion in Melbourne and Brisbane.

In the 1960s Sanford began to tap the lucrative Japanese market particularly for top quality snapper used for ceremonial occasions. This meant learning how to handle these fish so that they arrived unblemished. 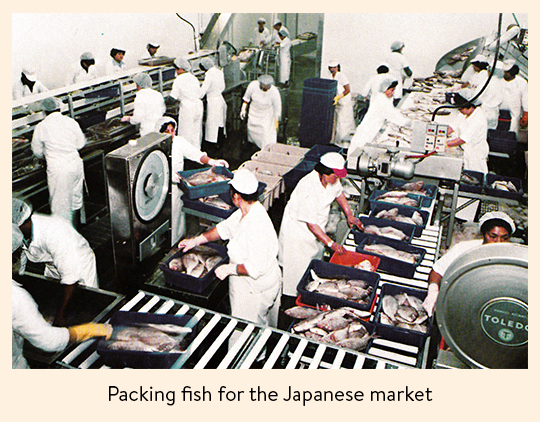 In 1971 Sanford Limited received an Export Award for ‘outstanding performance in promoting and increasing the export of fish and fish products’. It was the first fishing company to receive such an award. It had also developed new markets for pelagic species such as kahawai, mackerel and trevally selling them to places like the United Kingdom, Saudi Arabia, New Guinea and Hawaii.

In 1977 New Zealand declared a 200-mile Exclusive Economic Zone. Sanford, along with other New Zealand companies, recognised this as theirs to take advantage of, but they did not at this stage have the vessels, resources or capital. The answer was to form a joint venture with the foreign companies that were clamouring for the right to fish in the area. Sanford proposed a 51/49 venture with Marissco of Singapore, who would catch the lower valued species and some squid. Together they set up the joint venture company Sanmar Fisheries Ltd and using Soviet trawlers developed a deep water fishery for species like hoki, hake, orange roughy, squid and oreo dory. 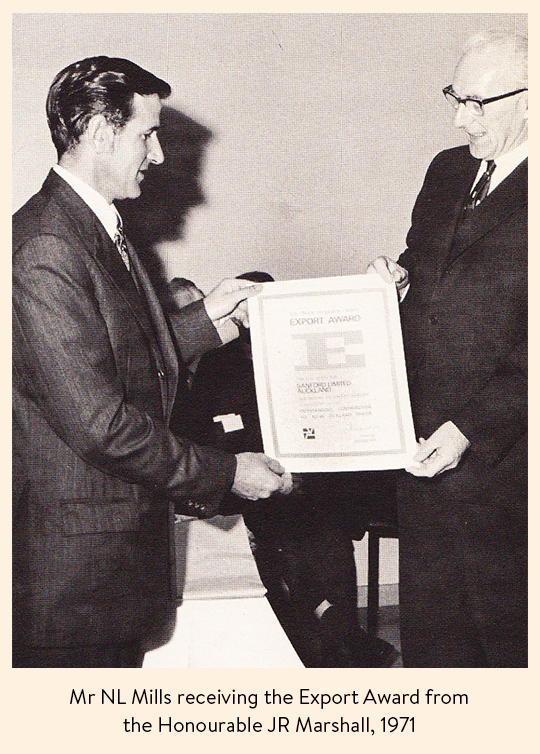 Until 1984 Sanford Limited had very little to do with aquaculture. The demand for rock oysters led the company to investigate the possibilities of farmed oysters. By 1985 Sanford had three farms and the oysters were exported frozen on half shells.

At this stage Sanford decided to invest in mussel farms in the Marlborough Sounds. Farms and harvesting interests were purchased in the 1980s and in 1990 the Havelock factory was expanded and rebuilt.

By 1998 Sanford had become New Zealand’s largest aquaculture company, with 90 separate marine farm licences covering 400 hectares of water space. Greenshell™ mussels were by far the largest component, but the production of Pacific oysters in Northland and King salmon in Stewart Island was increasing. Sanford also took on a leading role in industry research to develop natural spawning and collection of spat within closed hatchery systems. 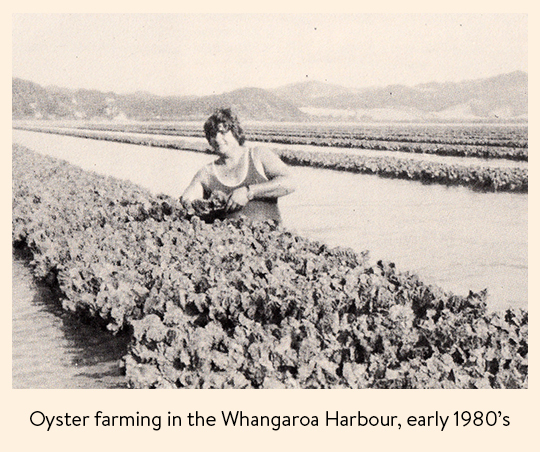 From the late 1990s, sustainability became the underlying philosophy of Sanford Limited. Sanford enthusiastically endorsed the Quota Management System (QMS). It recognised that the whole future of the industry rested on careful utilisation of resources so that the critical Maximum Sustainable Yields (MSY) of all fish stocks were maintained. The company also became involved in developing various codes of practice, which drastically limited the environmental impact of fishing.

The company also became involved in developing various codes of practice, which drastically limited the environmental impact of fishing, in particular to stop the incidental mortality of seabirds, and minimise impacts on marine mammals such as seals, sea lions and dolphins.

Throughout the new millennium, sustainability went further to cover all aspects of the company’s operation, from recycling to minimisation of company’s use of fuel, electricity and water, and reducing the emission of greenhouse gases, and now all aspects of economic, social and environmental sustainability are embedded in our core business strategy.